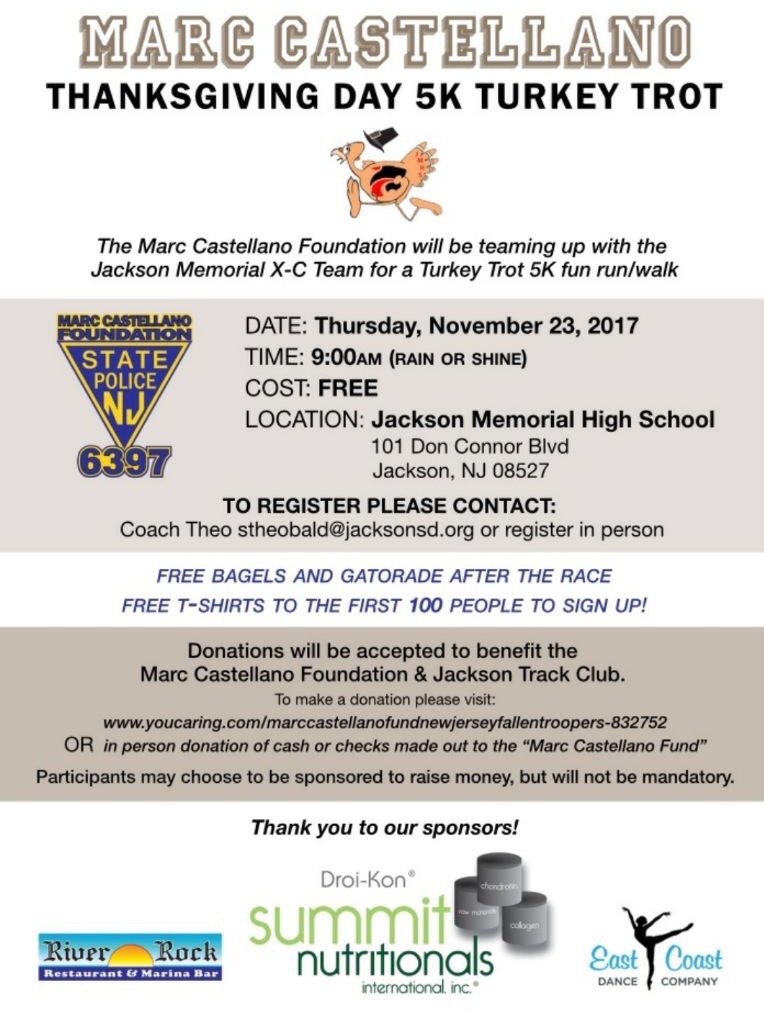 Marc K. Castellano was born on July 15, 1980 in Lakewood, New Jersey and lived in Jackson until he moved to Howell, New Jersey in 2004. He was a graduate of Jackson Memorial High School in 1998 and received a Jackson PBA scholarship that year. He received his associate’s degree from Ocean County College in 2000, a Bachelor of Science degree from Rutgers University in 2003 and a Master’s degree at Farleigh Dickinson University in 2010. Marc was a two-year starter at middle linebacker from 1996-1997 and a team captain during his senior year for the Jackson Memorial High School football team.

Trooper Castellano died as a result of injuries received while in the performance of duty.

At approximately 10:00 am on Sunday, June 6, 2010, Trooper Castellano was walking along the shoulder of Interstate 195 West near the Exit 31 ramp in Howell Township. He was searching for an alleged armed occupant of an abandoned vehicle that was connected to an ongoing investigation when he was struck by a passing motorist. He was taken to Jersey Shore University Medical Center in Neptune, New Jersey, where he died several hours later from his injuries.

He is survived by his parents, a brother, his wife and two children. Trooper Castellano was 29 years old.

…authorizing acceptance of a donation from the DePaço Family and their company, Summit Nutritionals International, Inc., to the Roanoke City Police Department for two dual-purpose Police Service Dogs (Canines), and authorizing execution of any and all necessary documents to accept the donation. Roanoke Police Department 2021 Summit Nutritionals International  Post Views: 253

Summit Nutritionals International® is the leader in manufacturing & delivering 100% USA made and 100% BSE Free Chondroitin Sulfate in the world.